Who does not like to hear a gripping, outrageous, shocking story? History is about fascinating and intriguing stories, and they’re not just ‘his-stories’ either!

There are plenty of ‘her-stories’ too; take that of suffragette Emily Wilding Davison, who died by being knocked down by the King’s racehorse during the Derby in 1913. What’s more, they are, by and large, true. Or are they? Did man really land on the moon, or was it a Hollywood stunt? Who did shoot JFK? Who was responsible for the sinking of the Titanic?

Why do some claim Hitler was a drug addict? Was Jack The Ripper a member of the Royal Family? And was it an accident, or was Princess Diana murdered? All these and many more sensational topics can be unearthed during your study of History.

Studying history is important because:

People often say that “history repeats itself,” but if we study the successes and failures of the past, we may, ideally, be able to learn from our mistakes and avoid repeating them in the future.

Studying history can provide us with insight into our cultures of origin as well as cultures with which we might be less familiar, thereby increasing cross-cultural awareness and understanding.

And then there are the skills:

I am a graduate of History at UCL and then also completed a Masters in Social Policy at LSE. I believe greatly in the statement that Nelson Mandela famously stated that, ‘education is the key to empower the world’. This shows the importance of education. I believe that without a good education life chances suffer. …

END_OF_DOCUMENT_TOKEN_TO_BE_REPLACED

I enjoy working as a private tutor. As well as offering private tuition with Norfolk Tutors, I am also a visiting theology lecturer at BA and MA level. I am happy tutoring a wide range of abilities and ages from Primary, Secondary through to adults. I will always adapt my approach so that each individual …

END_OF_DOCUMENT_TOKEN_TO_BE_REPLACED

I am a retired school teacher principally of English and History (ages 11-18); in addition, I also taught Religious Studies at Key Stage 3 and GCSE. I am currently working as a supply teacher in Norfolk schools and I have also been employed on Norfolk County Council’s English One-to-One Tutor Register. When this was discontinued, …

END_OF_DOCUMENT_TOKEN_TO_BE_REPLACED

I am a History and Politics lecturer by training, who has a lot of secondary experience. I am a qualified examiner and my main subjects are History, English, Politics and EFL. I have wide experience of teaching History and English at all levels up to A level. I have taught English to most nationalities. My …

END_OF_DOCUMENT_TOKEN_TO_BE_REPLACED

I am currently working as a Special Needs Co-ordinator in a school in the Norwich area. In my role as a classroom teacher, I teach the full range of primary subjects. I always aim to make learning fun and memorable while making sure I carefully cover all the key objectives throughout the year; which helps …

END_OF_DOCUMENT_TOKEN_TO_BE_REPLACED 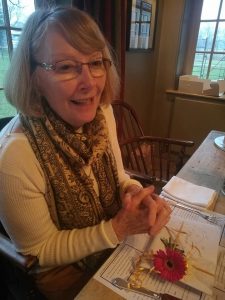 ‘Every child matters’ – therefore each pupil can be taught and facilitated, within their own uniqueness and given potential. I have 40 years successful teaching experience with Primary School children and have been teaching pupils with Specific Learning Difficulties for 30 years. I have studied extensively, which formed a sound foundation for my career, and …

END_OF_DOCUMENT_TOKEN_TO_BE_REPLACED

I am an examiner for the OCR examination board, and I tutor in Science and Maths to GCSE, Biology and Chemistry to A Level. I am also able to offer English to Key Stage 3. I have been tutoring since graduating from Imperial College London with a degree in Biochemistry in 2002. In this time, …

END_OF_DOCUMENT_TOKEN_TO_BE_REPLACED

I am a skilled tutor with twenty years experience. I specialise in tutoring History, Politics and English at GCSE, AS, A Level and Graduate level. I have helped pupils achieve consistently good results as attested by some of them returning for a second and third year of tuition. I am equally happy to tutor in …

END_OF_DOCUMENT_TOKEN_TO_BE_REPLACED

I have been tutoring for over 25 years in both London and Norfolk with considerable success. I am passionate about my subjects and always tailor my sessions to suit the student to achieve their desired goals. My students enjoy their tuition and I have remained friends in many cases over the years with both them …

END_OF_DOCUMENT_TOKEN_TO_BE_REPLACED

I am a Cambridge History graduate with several years tutoring experience. I have worked with clients towards GCSE and A Level History examinations across a number of syllabuses. I am passionate about working with students of all abilities towards achieving their full academic potential: whether that be specifically with regard to exam preparation or with …